The hero of Jishou no chihei mendako is a flapjack octopus that inhabits abyssal areas, that is, these animals live at great depths. Its adorable appearance contrasts with the image we have of the horrors of the sea that populate the seabed, but you do not judge it by its appearance, because in this work the octopuses have an unshakable will and will not hesitate to defend the peace and harmony that is snatched as soon as the title starts.

The genre of shoot ‘em up (shmup) or “shooters” is far from being the genre again that dragged masses as it did during the 80’s and the first half of the 90’s. This is the cause it to be away from most of the Byzantine debates that plague the news of the video game, impacting that the discussions are more productive, enriching and healthy around this genre (although there are also extremists and intolerant, of course). In other words: Shmup scares everyone who is not willing to conceive the video game as a discipline, as well as a commercial product and sometimes a work of art.

As there is no constant media pressure that covers social networks, studies and solo developers can express themselves without any kind of ties, somewhat unheard of in modern times, when opinion and moral authoritarianism ramp without any control. The shmup has thus become a sort of orchard in the middle of the desert; the shmup, without the need for any pomp and ceremony, continues to sublimate the video game thanks to the sobriety, elegance and intelligence with which the titles belonging to this genre. This phenomenon is really curious, since they are the silent and industrious developers those who are holding what is, in my opinion, living history of the video game.

Derived from the above, Vagues Okada has emerged as an anonymous genius who has been ignored due to “high?” difficulty of their works  and for not focusing, theoretically, towards a more “narrative” vision of the video game, unacceptable heresies in the times we live in. To enjoy shmup in general and works of Vagues Okada we must strive, make an effort and not allow them give us all chewed up. Perhaps because it is an obtuse gender, shmup for the vast majority is more than a relic than a living genre. It is a dead gender, an invisible one.

Jishou no chihei mendako, the title to which I dedicate this article, is perhaps the perfect entry to Vagues Okada and shmup for several reasons: a) It’s free; b) Is relatively simple in all its sections; c) You’ll learn about biology. What else can you ask for?

A Song of Life and Death

There is a recurring theme in Vagues Okada’s work related to the origins of aquatic life on Earth and its relationship with the Cosmos. For the Japanese genius, the Universe and water maintain a close relationship, something that is deduced thanks to dedicated time on  studio to make his games. If in Cambria Sword (2017) we knew the trilobites (among other marine creatures) of the Paleozoic Era, Jishou no chihei mendako seems to lead us to a kind of “present-future?” with an emphasis on the depths abyssal. I will not give more details, but it is clear that the relationship between the depths-Cosmos has a capital importance within the vision that Vagues has when produces video games.

Why is this relationship between the ocean, the source of life, and the Universe, the darkest place? Perhaps there is in the Japanese’s mind a duality between life and death: The oceans, warm and welcoming, are the shelter to life in all its diversity; The cosmos, icy and hostile, hides a sinister fate. In fact, in his two works, Vagues wants us to be aware that the peaceful life of the seas is disturbed by a threat that comes from outside, from space. Thus, the oceans become halls of death and destruction, where force and violence subdue to the majority weak and therefore inferior. However, the most relevant combats, the most epic ones, where the fate of these peaceful beings is threaten, they will fight against each other in the cold Universe.

The oceans can be dark and terrifying places, especially in the abyssal zones, but life bustles and balance remains; on the contrary, in the black Cosmos, only illuminated by the light of distant stars, life has no place. And it’s right in the vast Universe where the will of the weak, of the smallest and most insignificant beings, will fight the most horrendous threats. Could our heroes win or would they tragically fall before an inevitable fate? Play it and you will discover it.

The Flying Octopus Pancake at Blackhole

The hero of Jishou no chihei mendako is a flapjack octopus (Opisthoteuthis californiana) that inhabits abyssal areas, that is, these animals live at great depths. Its adorable appearance contrasts with the image we have of the horrors of the sea that populate the seabed, but you do not judge it by its appearance, because in this work the octopuses have an unshakable will and will not hesitate to defend the peace and harmony that is snatched as soon as the title starts. How could it otherwise be in the case of a Vagues Okada work? We will see battles in space, entering fully into a psychedelic journey that defies laws of the fixed vertical shmups in which we can only move along a single axis (from right to left). This game reminiscences to Space Invaders (1978) are obvious, but they are more apparent than real, since what begins being a slow-paced and traditional title, it ends up acquiring such speed that little or nothing has to envy to the most frenetic vertical shmups.

How could it otherwise be in the case of a Vagues Okada work? We will see battles in space, entering fully into a psychedelic journey that defies laws of the fixed vertical shmups in which we can only move along a single axis (from right to left). This game reminiscences to Space Invaders (1978) are obvious, but they are more apparent than real, since what begins being a slow-paced and traditional title, it ends up acquiring such speed that little or nothing has to envy to the most frenetic vertical shmups.

It is in this sea of ​​appearances where Jishou no chihei mendako unequivocally triumphs: However, due to its free cost, this project might have not been specially developed on its all sections, but you all will find a gold and diamond mine. Also, although thanks to the tradition of the cute ‘em up, we find that our friendly hero exudes courage and maintains a fierce attitude at all times. For those who swim in the sea of ​​ignorance of appearances, this work will seem a little case, something trivial. I assure you that it is not: it will conquer you.

The Engine of Life

Jishou no chihei mendako mechanically is straightforward, but not absurdly straightforward. The simplicity is the banner of this masterpiece. We only have four actions: move to the sides, shoot and cover us. If we do not carry out these last actions, our little octopus will recharge automatically a strong shot. The strategic dance to charge the shot while dodging enemy bullets produces an immeasurable pleasure. And it is that in this work everything takes on a capital strategy, because we will have to choose wisely when to dodge, shoot, reload and when to take cover. The copulative conjunction “and” is not this put on a whim, because there is mechanically no “and / or”: If we shoot we will not be able to move / cover and viceversa; think and look fast putting your sight on enemies at every moment, acquire automatisms and pull memorization will be indispensable tools to be successful in the adventure.

I have previously commented that this title keeps appearances with Space Invaders, but only during the beginning. The tutorial, organically embedded in the title (which has generated some debate about its suitability), it will teach us the mechanical rudiments basic. However, it will be the “Easy” and, above all, “Normal” modes that will make it clear to us the frenzy that Jishou no chihei mendako possesses, becoming an authentic danmaku / Bullet Hell. It is far from the requirement of the greatest exponents of this subgenre (Saga Touhou Project without going any further), but do not expect a game of leisurely pace or bullet heaven.

This apparent simplicity hides a general and mechanical design where the systems converge neatly, harmonically and consistently. In addition, hitch, fun, therefore, are assured. So, and I insist on it, this work is the almost perfect gateway to the genre with Harmful Park (1997). You may like it more or less, that’s not my concern anymore, but it deserves a chance.

I find it very interesting that NieR: Automata (2017) discovered the shmup gender. In the past, I wanted the video game to be something more than just only a game, that it advanced into unknown fields, that it was risky as well as revolutionary. I was ignorant (now too, but at least now I’m aware of it), I didn’t know how to value things for what they are and not for what I want them to be. The nuance is important. Anyway, the aforementioned title, which reflects about what is life, what is death, etc. introduced me to this genre; I didn’t know very well why, well until then (oh, that ignorance!) the shmup seemed jurassic to me, something that prevented the evolution or progression of the video game, something worth banishing. Forgive the reiterations, but they are necessary. After I had spent many hours playing NieR: Automata, specifically after having completed its second run and its end (what an end!) led me fall madly in love with shmup.

Curious, right? The title that has led many to ramble unnecessarily about the limits of the video game and “blah blah” it led me back. It was “my fall of the horse going to Damascus”. Since then I have not been carried away by passion or appearances, much less prejudice, because there is so much and so much to discover, rediscover and experience, that the last of my concerns has nothing to do with “the current state of this industry”. I don’t care: Before I was blind, but now I see; Before I was an unbeliever, but now I believe.

Vagues Okada’s latest work is my karmic gift for coming back to the good path … Yes, I know that this does not conform to reality, it is pure egocentric subjectivism (another epithet, isn’t it?) but let me dream of this present, let me enjoy with Jishou no chihei mendako, the simple masterpiece. 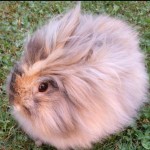 About the Author / Santiago H. R.

Siguiente artículo
Ary and the Secrets of Seasons